Come on over to the event page and sign up. It’s Free!

If you’d like to get an EasyPiezi sensor at a discounted rate, head on over to the shop before the sale ends on September 20th! 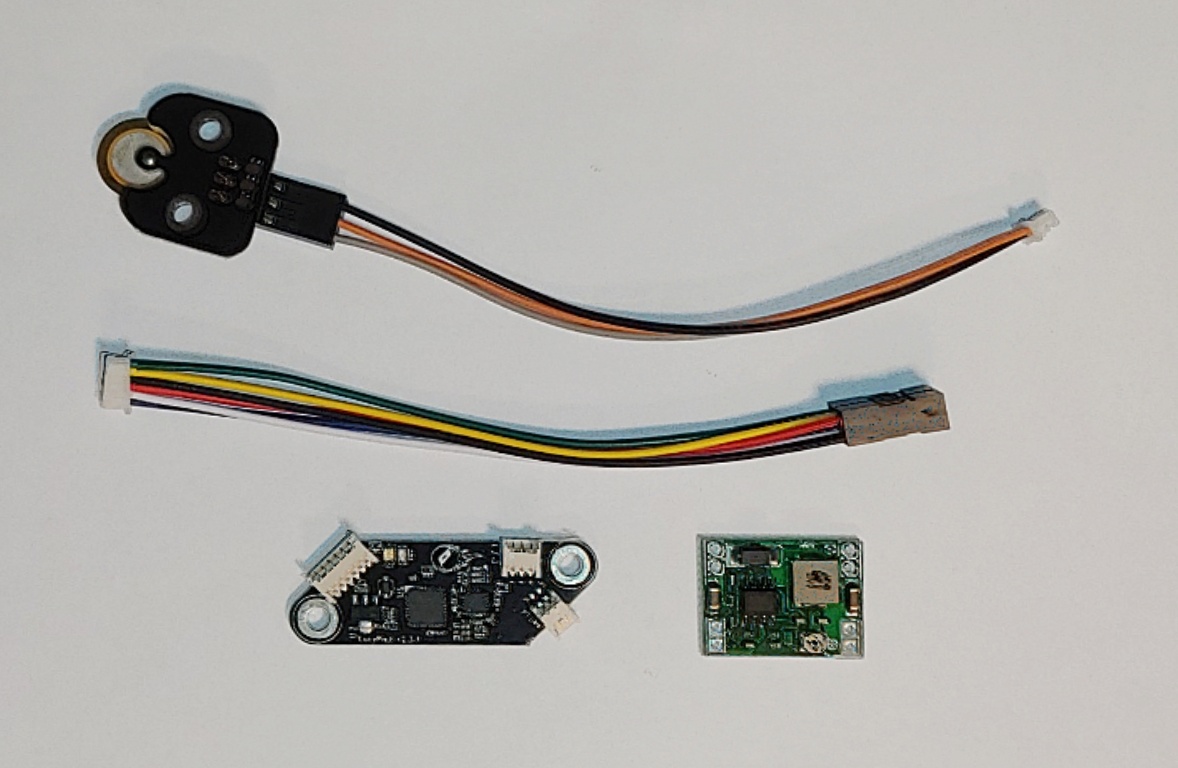 First off, I want to send an apology for the delay in getting boards shipped out for those who have already placed their orders. The new programming jig is complete and I’ve gotten all of the orders I held updated to v2.3.1 before sending them out. I’m applying a 15% discount on orders placed from today through September 20th, 2020.

One thing to note. I’ve identified a problem with the latest revision of hardware when running on 24v, where the sensor’s onboard regulator overheats in some cases. This doesn’t happen with all units, but to ensure safe operation, I’m placing a limit of 12v input for v2.3.x boards in the documentation and recommending an in-line buck regulator for anything higher. I’ll also be offering discounted micro buck regulators as an available add-on for purchase. Just choose the “Over 12v Input Voltage” option when adding to the cart.

Thanks for your patience and understanding! 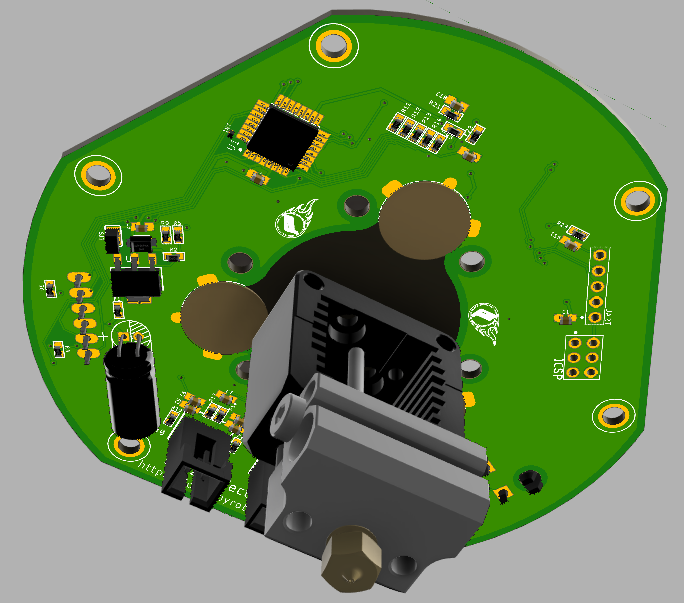 Upon request from one of my beta testers, I’ve created a preliminary design for a PCB-based Delta Effector utilizing an onboard Pyr0-Piezo circuit that includes piezo disks onboard. So far I’ve only done a mockup with the Slice Mosquito hotend for scale. I’ve set it up with mounting holes that can be used with either a sub-PCB or a 3D printed mount to utilize any hotend

If you’ve seen my previous posts on Discord / here, you’ll already be aware that the firmware shipped with the first few EasyPiezi sensors had a small bug with a big impact. One byte difference caused the EEPROM to effectively be disabled. The fix is already uploaded to the GitHub Repo, but what about all of the sensors in my inventory?

Well the TL’DR version is my original programming jig has some apparent issues preventing me from utilizing it, and a new set of blank PCB’s is on the way, should be arriving Aug 10th, with which I’ll be able to reprogram the boards before shipping.

Why don’t I have a spare programmer you ask? Well that’s the long version. When COVID19 hit, I had to choose what to bring home and what to leave at my lab, as I was going into self-isolation. I brought a bunch of tools and testers and my bin of blank PCB’s for building spares.

What happened then? Basically nothing for almost 3 months as I was waiting for the production boards to come through. I put the bin with those spare PCB’s somewhere really safe. So safe, in fact, that I can no longer find it. So I’ve put in an order with JLCPCB who did all of my prototypes prior to getting assembled boards, and I’ve gotten a shipping notification that they’ll be arriving this coming Monday. After that I should be able to knock together a couple of programmers and get to work on updating the existing stock of boards.

Regarding the other issue identified (EasyPiezi’s overheating when run at 24v), there’s been some interesting developments on that front. My beta testers and early have performed tests on a few different units and there’s been little consistency in results. Some of the sensor boards are not heating up beyond warm to the touch, some are getting too warm to comfortably hold, but are otherwise working normally, and a few are burning out the voltage regulator at 24v. I haven’t yet nailed down the root cause of this yet, but I suspect either manufacturing mistakes or possibly the voltage regulators themselves aren’t as consistent as they should be. I’ll be doing extensive testing to find the problem and fix it for v2.3.1.

As with any new project, there are bumps in the road. Pyr0-Piezo just hit it’s first. One of our beta testers identified a bug that causes settings sent over I2C to reset the EEPROM, thus resetting everything to defaults when the sensor is power cycled. This appears to only be the case for I2C input and not UART, however the sensor was designed to work with I2C during normal operation so we’re taking this very seriously.

If you’ve already purchased your sensor, we’ll work with you to either get its firmware updated, or we’ll send you a replacement.

If yours hasn’t been shipped yet, we’ll make sure to apply the new firmware fix before shipment, but that might delay it getting out the door by a day or two.

I’ll be working to update all of the remaining stock of sensors so that there should be no delay in future shipments.

Thank you all for your understanding and patience!

For those interested, here’s the fix for the bug

The shipping system has been updated with all available carriers I can get at the moment, and as an extra treat, I’m doing a Launch Sale! Until the end of August, you can get $5 off the EasyPiezi, and $2 off each extra SingleDisk Adapter. Not only that, but I’m also offering Free Shipping on orders $50+ for Domestic and $75+ for International. Come on down to the Shop and grab yours today!

Just wanted to give everyone a heads up that the shipping plugin I’m migrating to isn’t (yet) behaving, and currently International Shipping (Outside the US) is not available. I can provide a flat rate shipping fee, but I’m currently testing to see if that option conflicts with the calculated shipping.

If I can’t get it back up and running in a few hours, I’ll turn on the flat-rate again til I can figure out the underlying issue.

Once shipping is fixed, I’ll be able to offer free shipping on orders over $50! 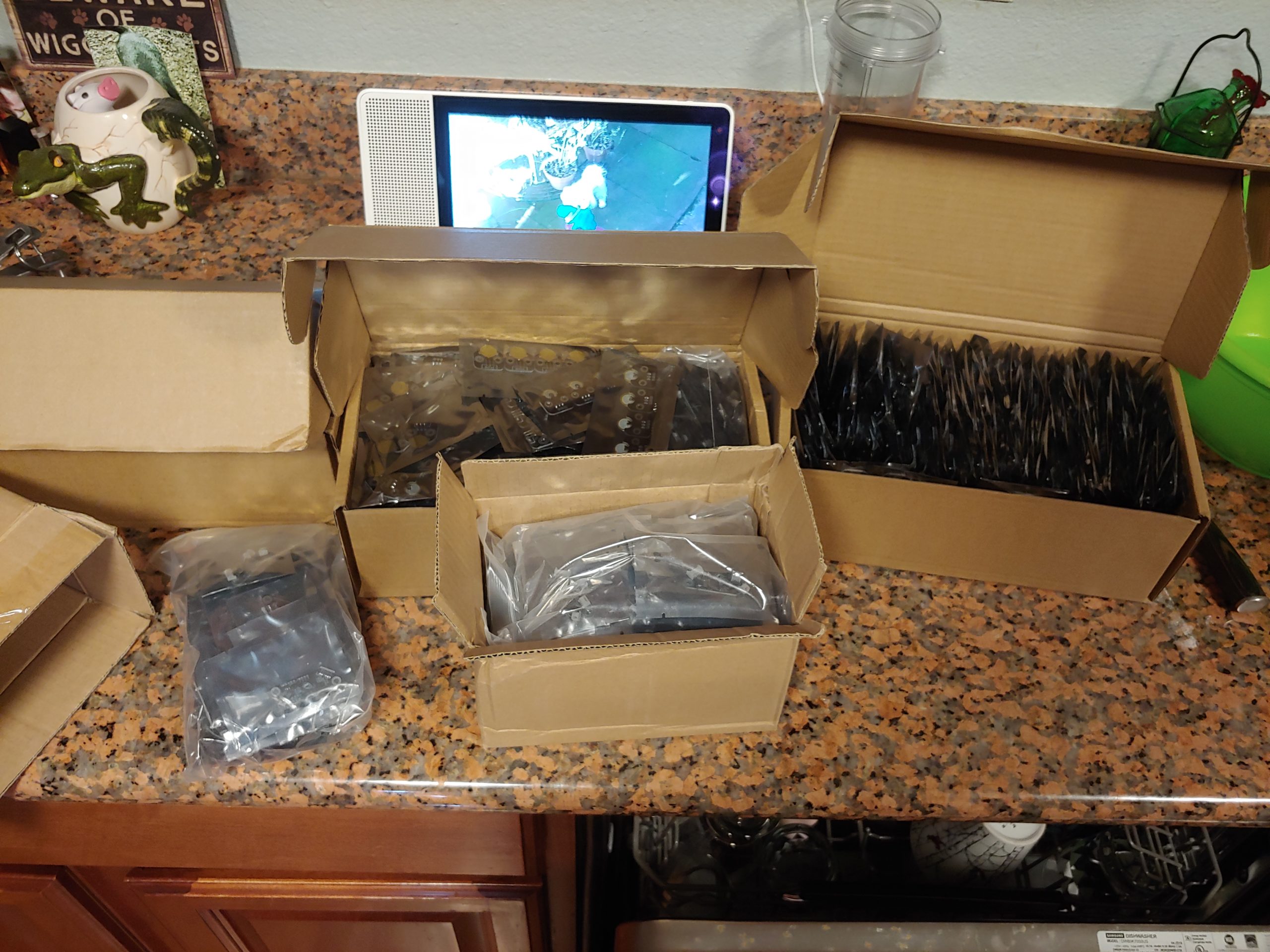 The v2.3.0 production EasyPiezi boards, along with the SingleDisk Adapter boards have arrived at last!

As this was my first full-assembly order from the factory, there were a couple of wrinkles (which should be rectified in v2.3.1). Thankfully most of the issues were cosmetic, and only one effects the functionality of an “optional extra feature”

So not too bad for a first try!

My solution to the functionality issue is that I’ll add a checkbox to the shop page, and if anyone really needs that PT100 analog input, they can check that box, and I’ll fix the jumper by hand before shipping.

Next on the ToDo: 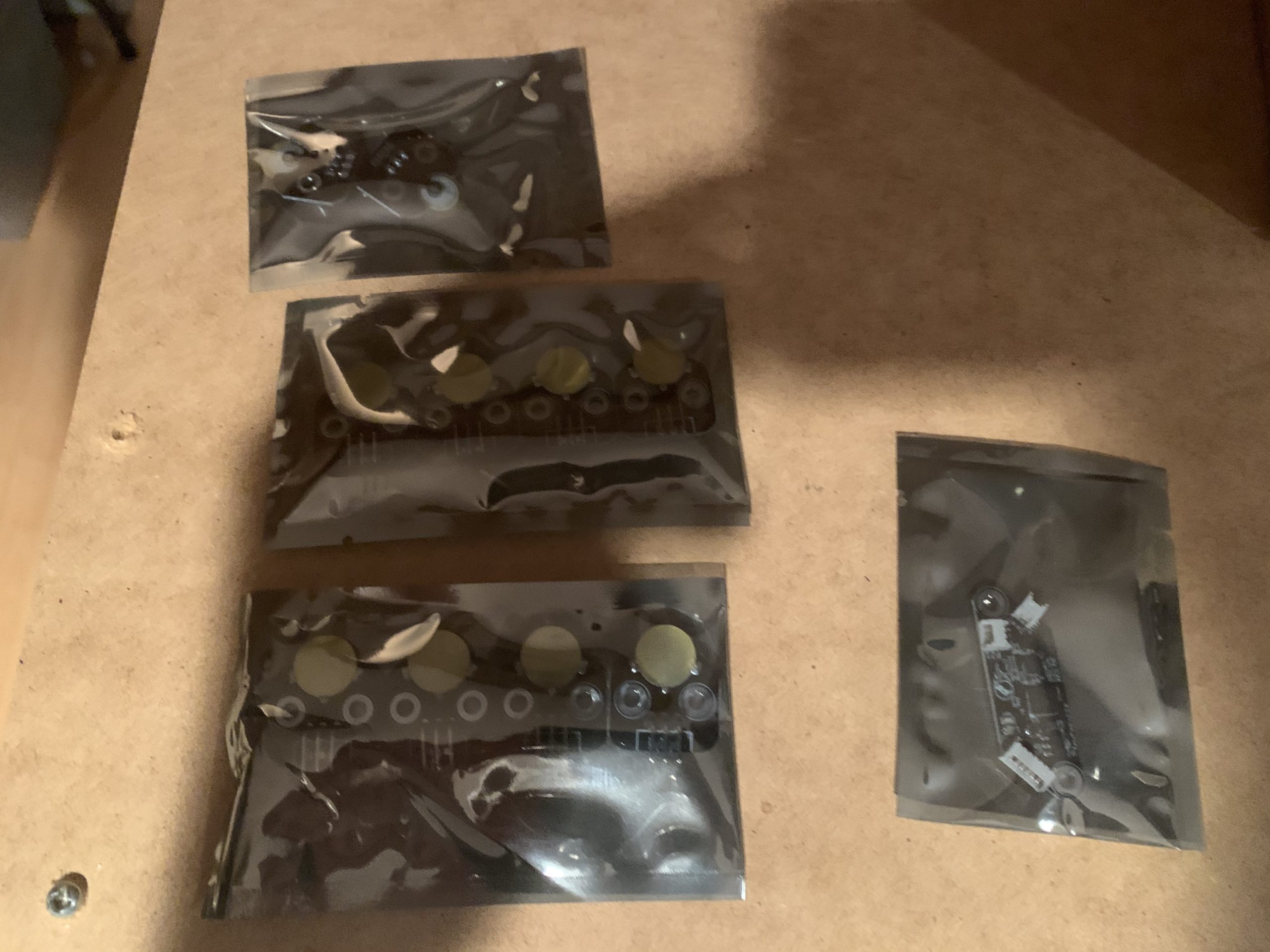 I’ve just gotten word that the first run of EasyPiezi sensor boards have arrived at my state-side supplier’s facility. Now I’m just waiting on domestic shipping to me, then I need to build the actual kits, and everything should be good to go!